Promise yourself that one day you will wake up in Bali 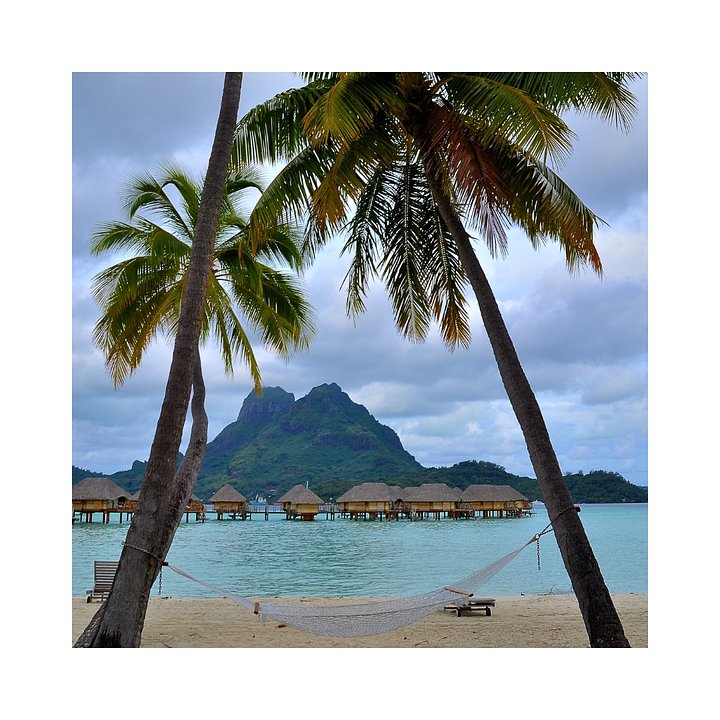 Hosted by Sarah and Kenadie; this amazing trip to Bali offers everything you could want in an adventure. You will explore northern Ubud with stops at Tirta Empul, Gunung Kawl and, of course, the incredible monkey forest. Enjoy a beautiful and challenging sunrise hike at Mount Batur with a hot spring pool visit. Speed boat trips, island hopping, glass bottom boats, snorkeling and some of the most amazing views await you on your journey to Bali. 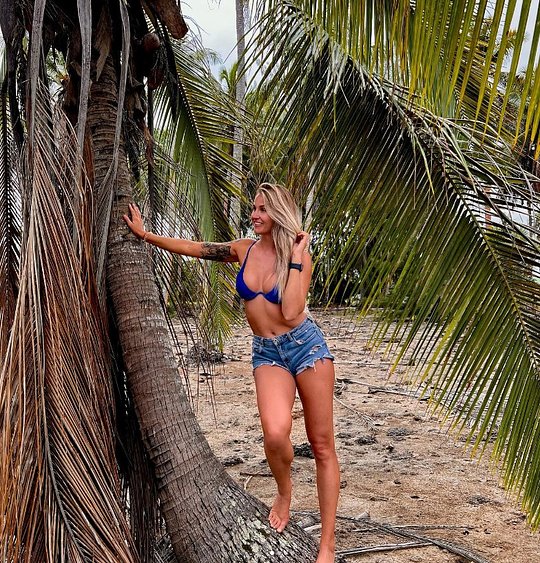 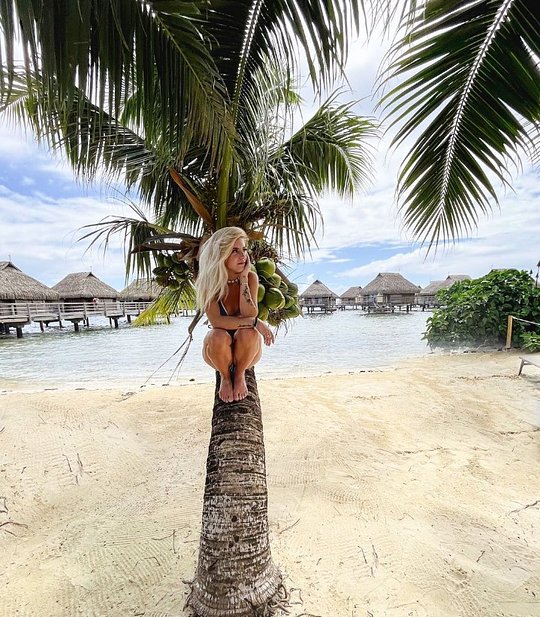 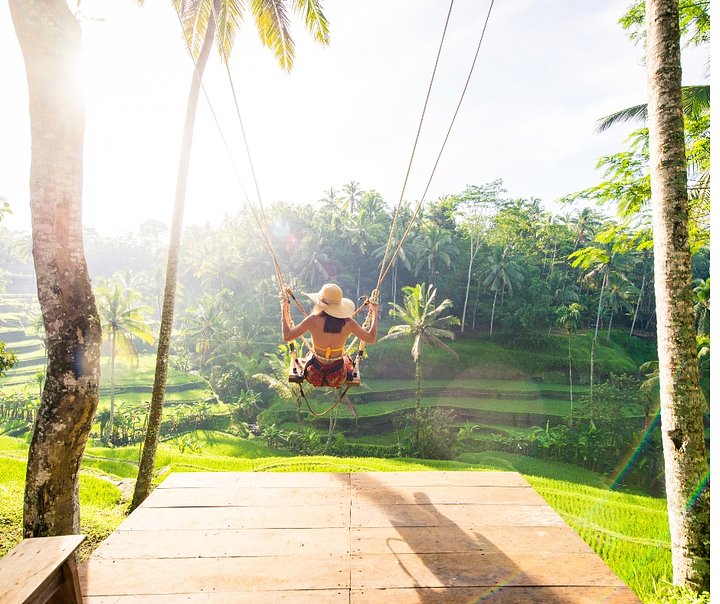 Meet & greet and transfer to your hotel in Ubud

Welcome Dinner - After our transfer to the hotel for the evening and some time to settle in and explore we will host a welcome dinner where we can introduce the group, meet your host, guide, and support staff. 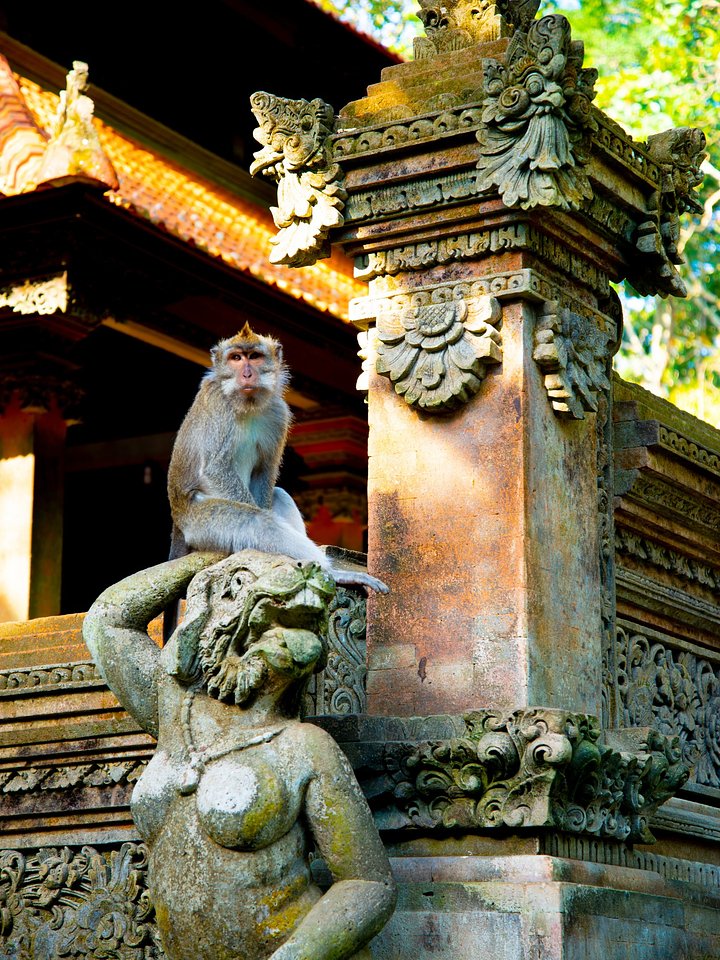 This morning meet our guide who will take you to explore some important temples sites visiting Tirta Empul and Gunung Kawi temple and one of the nice waterfall near Ubud. Lunch at local restaurant. After lunch, explore Ubud monkey forest before return to your hotel. In the evening free at leisure.

Tirta Empul - All Balinese will make regular pilgrimages to Tirta Empul seeking to cleanse themselves spiritually and to cure their physical ailments by bathing in the holy springs, which have been considered the most sacred in Bali ever since the tenth century, if not longer. Men, women and priests each have their own segregated sections in which to immerse themselves, though most modern devotees just splash their faces and smile for the camera.

Gunung Kawi - A series of 11th century tombs cut out from the rock face. To reach it, you have to walk down a steep flight of some three hundred steps, through a massive rock-hewn archway, to the sacred Pakrisan River. It's completely enshrined in a lush valley. There are lots of theories about the origins and function - most probably they were erected as memorials to kings from a long lost era - possibly the 11th century - and their queens. Before crossing the river, turn sharp left for the Queens` Tombs, four huge, square-tiered reliefs, chiseled from the riverside cliff face to resemble temple facades. After crossing the Pakrisan River, you enter the actual Gunung Kawi temple complex, which contains an unusual cloister.

Ubud Monkey Forest - This is one of Ubud`s best-known attractions, with a colony of malevolent but photogenic monkeys. Five minutes into the forest, you`ll come to Pura Dalem Agung Padang Tegal, the temple of the dead for the banjar of Padang Tegal. Pura dalem are traditionally places of extremely strong magical power and the preserve of leyak or evil spirits. In this temple you`ll find half a dozen stone carved images of the witch-widow Rangda - immediately recognizable by her hideous fanged face, unkempt hair, lolling tongue and pendulous breasts. Two of the Rangda statues are depicted in the process of devouring children Casual visitors are not allowed to enter the inner sanctuary, but in the outer courtyard you can see the ornate kulkul drum tower. 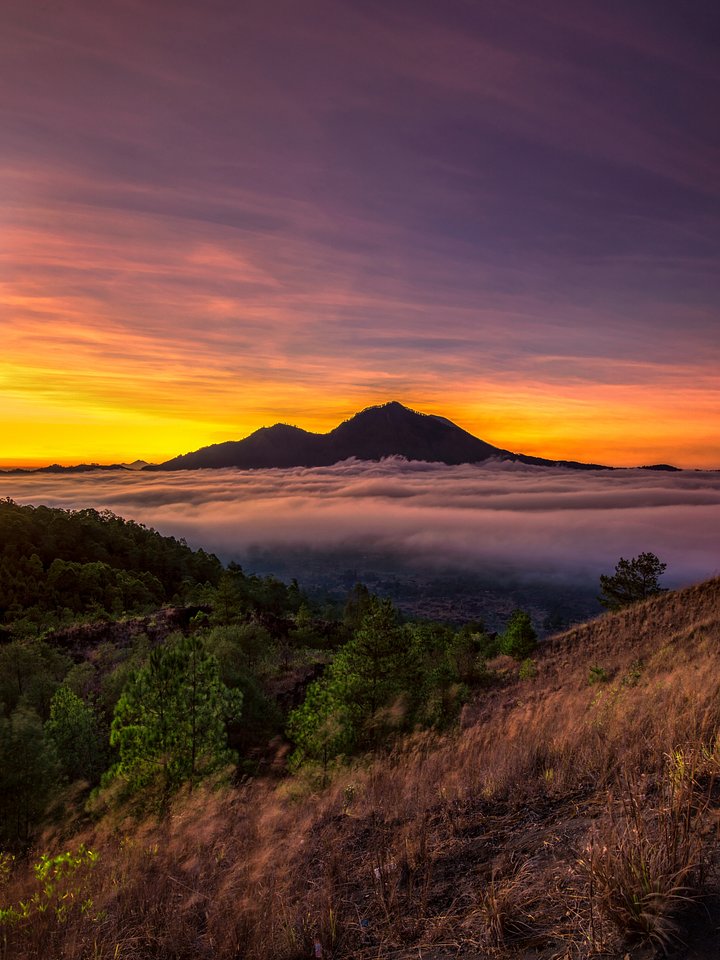 At dawn time, around 03:00am, you will meet our guide and transfer to the starting point for the climb of Mt. Batur. After enjoying the sunrise, descend and refresh yourself in a hot spring pool. Return to Ubud and remainder of the day at leisure.

Sunrise Trekking Mt. Batur with Hot Spring Pool - After an early morning wake up call, you will be driven to the crater rim of Mount Batur where you will start a moderate hike into the peak, some 1.700 m above sea level. Watch a beautiful sunrise with a red sky. The view over the lake with the same name as the mountain, as the sun rises behind Gunung Abang and Gunung Rinjani on Lombok, is definitely worth the effort. Descend down via a different way and at the end you will have an ample time to enjoy hot spring pool with a beautiful view on the lake. Home to Dewi Danu, the goddess of the crater lake, Danau Batur is especially sacred to the Balinese. Situated 500m below the crater rim, this is the largest lake in Bali, some 8km long and 3km wide, and one of the most glorious: the villages dotted around its shores are referred to as bintang danu (stars of the lake). 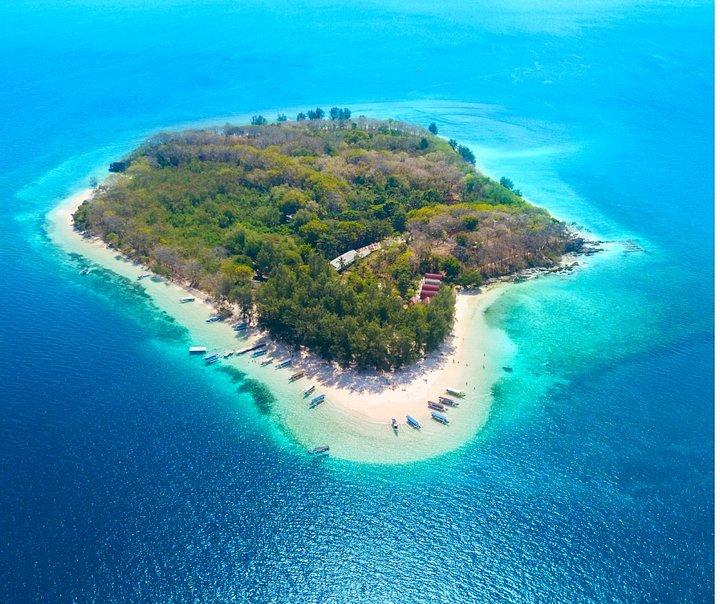 In the morning, transfer to Padang Bay Harbor and board on your speedboat to your hotel.

Upon arrival, pick-up your luggage and transfer to your hotel by traditional cidomos (horse drawn passenger carts) 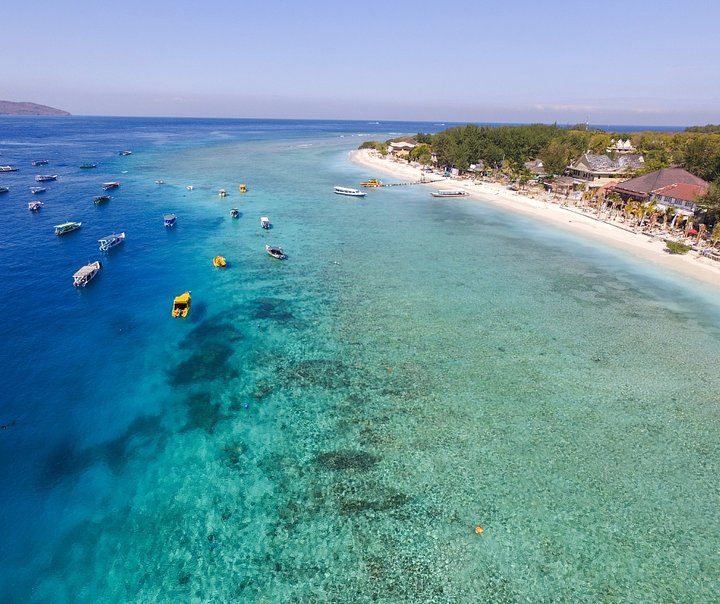 This morning we will take you by glass bottom boat to explore Gili Trawangan through a blue coral spot and the nest of turtle, then to the second Gili we call is Gili Meno for snorkeling in the “Meno Wall” for the possibility to witness The “Manta” (Sting ray). At the 3rd Gili is Gili Air located at North East corner, high light for its fish feeding, end of the trip enjoy your lunch at local restaurant. 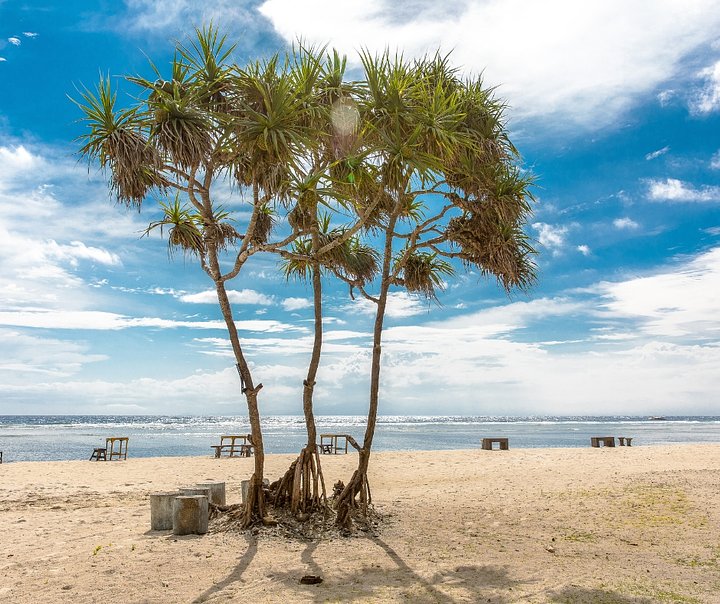 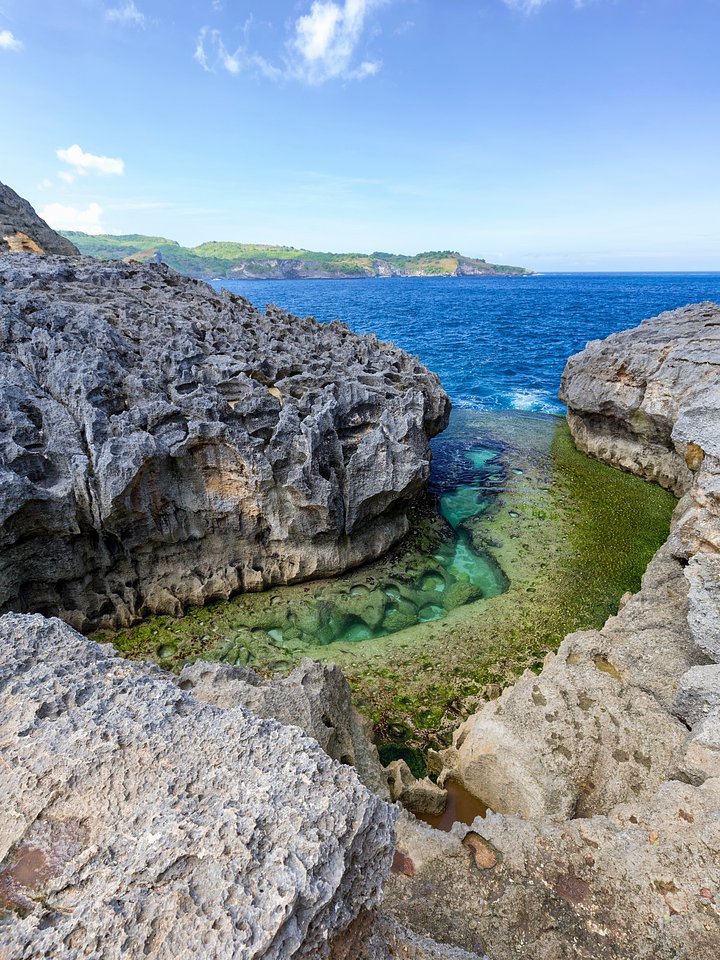 Transfer from hotel to Jetty Harbor by traditional cidomos (horse drawn passengers carts) and board on your speedboat to Nusa Penida. Upon arrival at the harbor, meeting service with your guide then explore the south of the island. First visit Kelingking beach and continue to visit Angel Billabong and Broken Beach. Enjoy the sunset at Crystal bay before transfer to your hotel. Lunch will be included during this day.

Amazing South Penida - Amazing south Nusa Penida tour will be taking you to the three beautiful, stunning beaches in Nusa Penida. First to Kelingking beach, a white sandy beach with crystal water has spectacular view since there is chunks of cliff that towering in the beach area which forms the whale shape. After having fun in Kelingking beach, the tour will continue to the famous beach called Angel Billabong, in here, swim in the natural pool that is surrounded by rocky stones as it swall (not recommended to swim if the high tide comes).The last destination is going to Crystal bay beach which provides gorgeous view surrounded by two headlands and a small hill on the high seas. 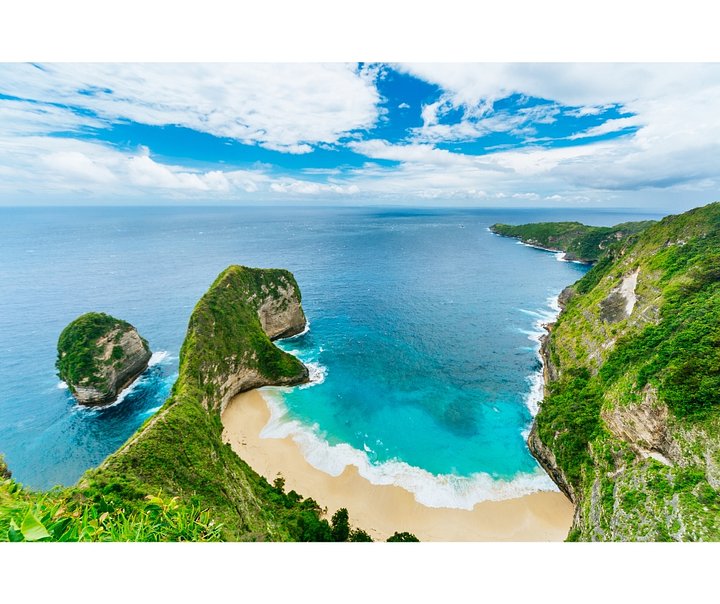 If you are staying for Week 2, enjoy a day of leisure in Nusa Penida 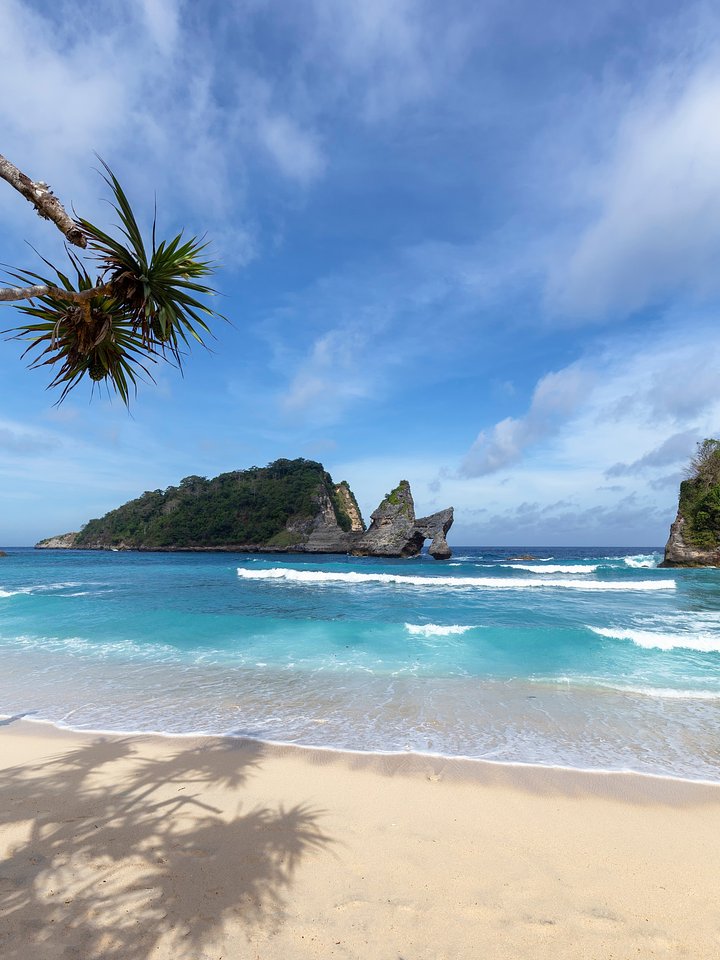 After breakfast depart for another full day to explore eastern part of the island. We have selected the best viewpoints and beaches included Diamond and Atuh Beach. Ending the day with visit a unique temple within a cave.

Discovering Fabulous East Penida - East Penida will take you the most beautiful beach and the holy temple in Nusa Penida. Atuh beach will be the first place to visit when departing in the morning. Atuh beach is also called Balinese Raja Ampat because of their rocky stones towering and lined up in the middle of the beach. Continuing to the other area, you will be given magnificent view of cliff and stunning coral reef which stands greatly in the middle of the sea. Visitors can also see a virgin white sandy beach that stretches along a huge coral cliff. For those who want to have better angle for their pictures, they can go to a spot that is called as Tree House. The last destination is a visit to a fabulous Goa Giri Temple. After passing though the tiny entrance, people will be amazed for not expecting that the cavity is very wide and high and also can accommodate about 5,000 people. 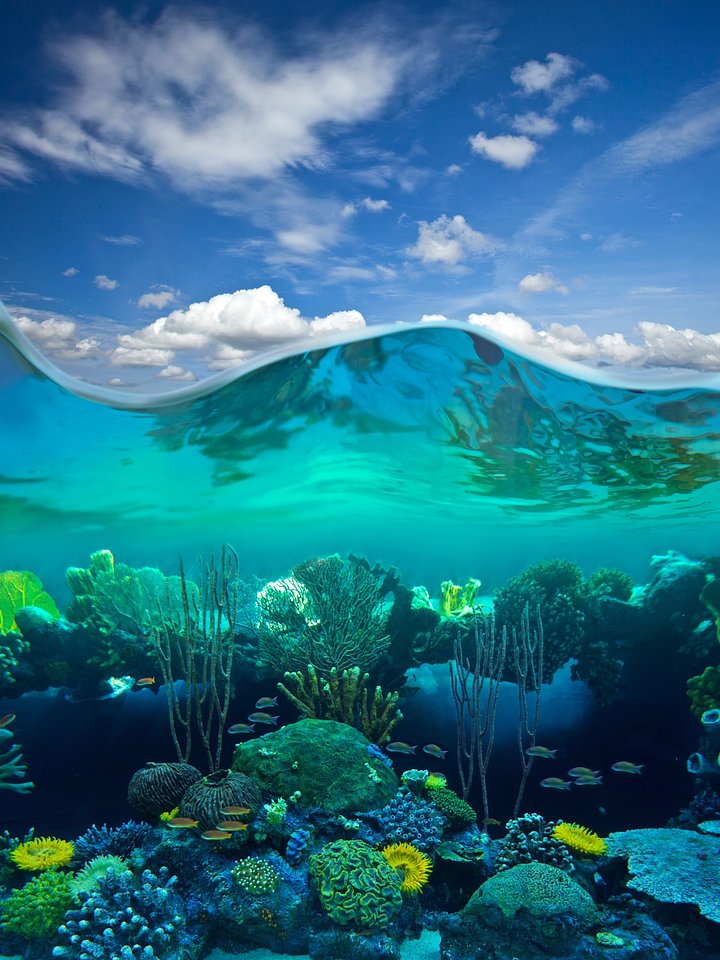 In the morning take the local speedboat and disembark for half day snorkeling activities on the Island. Today we have included some of the most popular spots for snorkeling in the area. Afternoon return to the hotel and rest of the day free at leisure.

Exotic Penida Underwater - The trip will start in the morning to Crystal Bay. Step into the boat to explore the exotic of the coral view and hundreds of fish species. We will visit three separate sites during your day trip to see different environments. Snorkeling will start from Manta area, Gamat area, and finish at wall point. Snorkeling in Nusa Penida offers some truly spectacular and unspoiled snorkeling and gives you the opportunity to experience the majestic Manta Rays as well as the incredible Oceanic Sunfish or Mola Mola. You will experience a truly amazing and unforgettable snorkel. 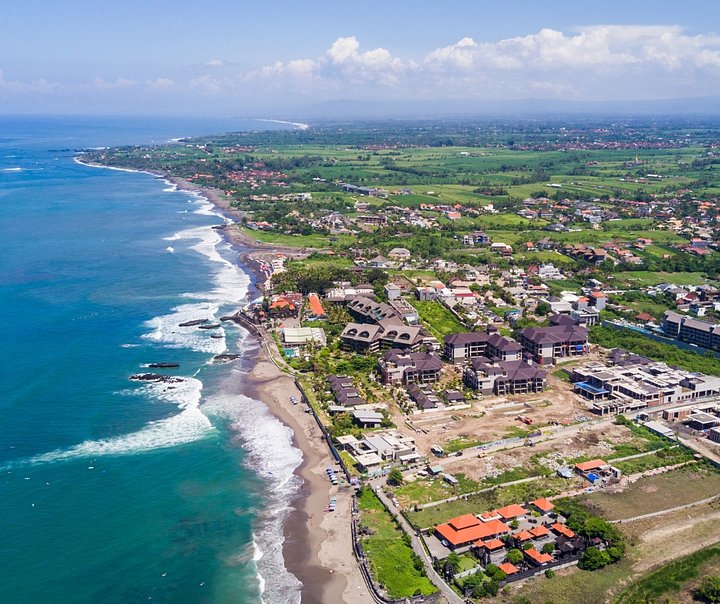 In the afternoon transfer to harbor and board on your speedboat for transfer to Suwung Harbor.

Upon arrival, pick-up your luggage and transfer to your last hotel in Canggu / Southwest of Bali. 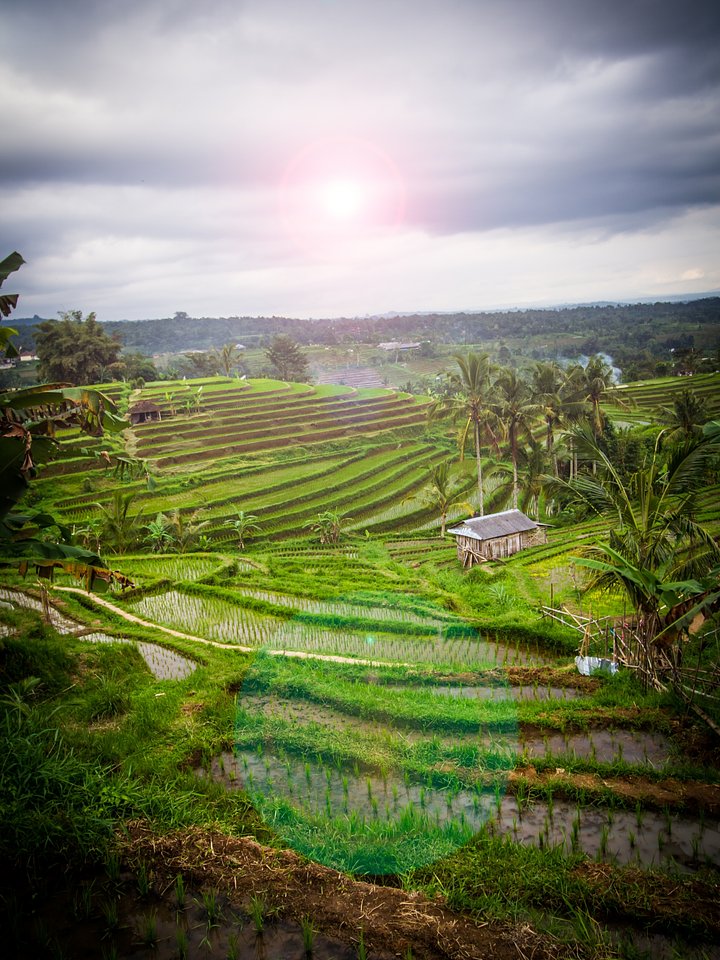 Ulun Danu Bratan Temple - Ulun Danu effortlessly combines Hindu and Buddhist elements into a unique sample of Balinese temple architecture. The location on the shore of the giant lake effectively filling a crater formed thousands of years ago by a seismic blast of an extinct volcano, is significant. The lake supplies most of the drinkable water to large areas of Bali.

Jatiluwih - A startlingly beautiful area of verdant, terraced rice paddies nestled in the shadow of Mount Batukaru, the second highest peak of Bali and one of the holiest In 2007 this area was nominated as a UNESCO world heritage site.

Paddy Field Cycling - The five rice fields of Jatiluwih and their water temples are inherently connected with the cooperative water management system of canals and weirs, also known as subak, dates back to the 9th century. The subak reflects a philosophical concept, which brings together the realms of the spirit, the human world and nature. This philosophy was born of the cultural exchange between Bali and India over the past 2.000 years and has shaped the landscape of Bali. The resulting farming practices, democratic and egalitarian in nature, enabled the Balinese to become the most prolific rice growers in the archipelago despite the challenge of supporting a dense population. In order to protect and preserve this valuable and eco-system for future generations, it has been declared a UNESCO World Heritage Site. Now almost 20.000 ha make out some of the most beautiful, quintessential Balinese landscapes.

Batukaru Temple - Pura Batukaru is one of the largest and oldest Hindu Temples in Bali. Built against high up against a slope of Mount Batukaru, enshrined by lush tropical rain forest, a solemn atmosphere reigns. It is so quiet that you can hear the Gods whisper. Often one can mingle with Balinese, praying and offering amidst a series of shrines and merus. From a raised platform, a priest quietly looks on.

Tanah Lot Temple - This famous temple of Tanah Lot has been defying the Indian Ocean for centuries. It was built to commemorate the spread of Hinduism from Java to Bali many centuries ago. The temple, consisting of several shrines protected by poisonous black snakes, is fairly modest but as the tide rushes in and the islet becomes completely surrounded by water, the place becomes a mysterious spot. 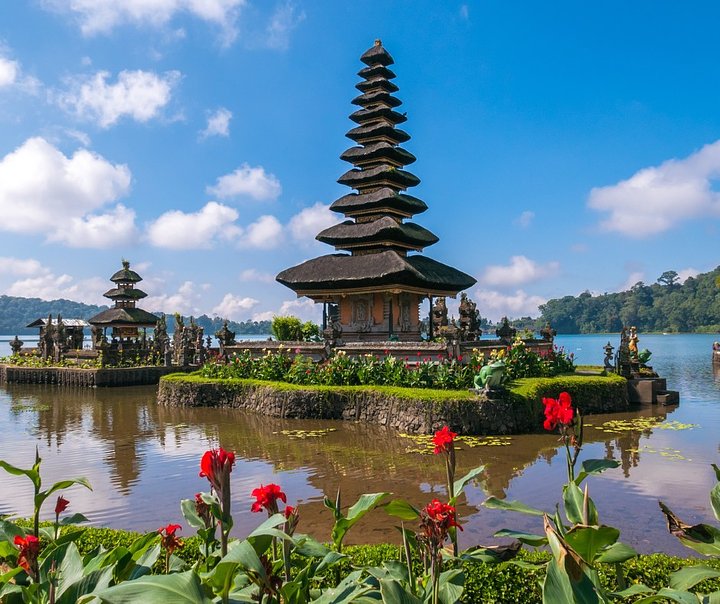 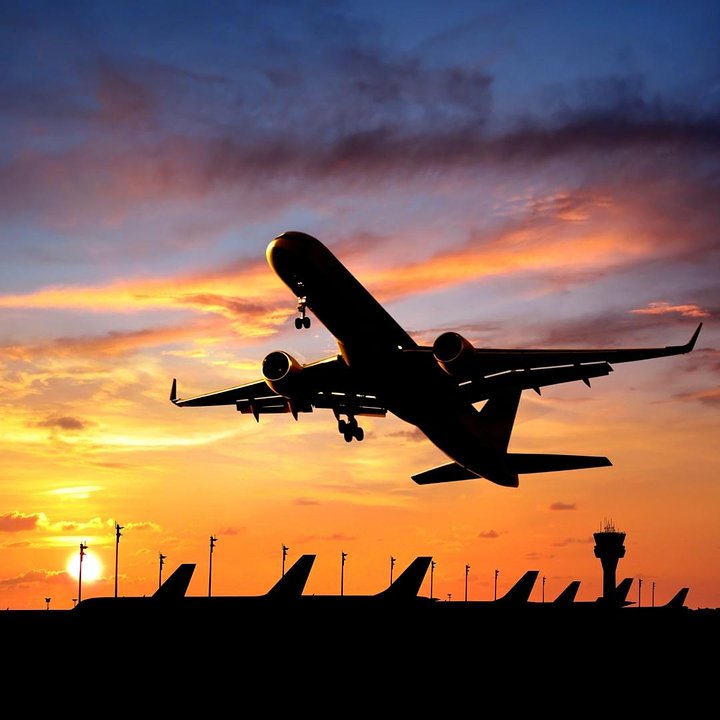 Transfer from hotel to airport

Activities as per schedule

Transfers (outside of designated times)

Food & Beverages (except as noted)

Default trip length is 8 days. If you would like to stay the full 14 days, please choose this option during check out.

Default trip length is 8 days. If you would like to stay the full 14 days, please choose this option during check out. 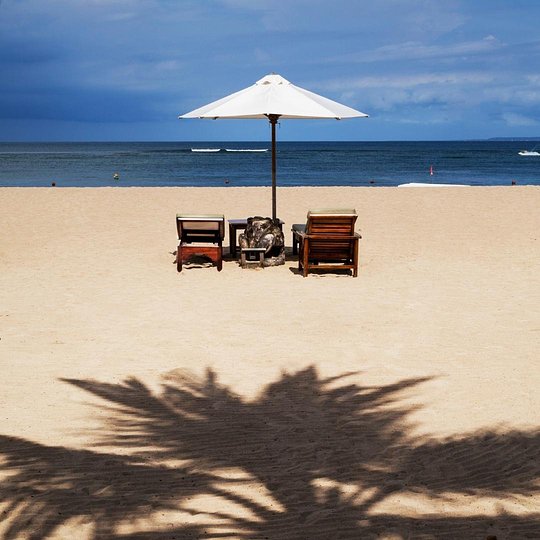 Fill out the form below to learn more about this trip.